The Chakra System arises from the Wheel of Life as a further expression of the Wheel, first as a trinity and second as a sevenfold extension that is naturally derived from the trinity. Each chakra is a wheel of life (chakra is a Sanskrit word meaning ‘wheel of life’). Each is associated with time and space, function and form; as also with consciousness, which is an integral part of it all.

In the human body the most important components—the head, chest and abdomen—can be easily recognised as a trinity. We can survive without arms or legs (although of course they are extremely useful!), but we could not survive without a head or an abdomen or a chest, which each contain a distinct group of organs vital to our existence. These three, held together on the spine, function as one. Their very structure expresses the law of trinity and process of life.

For instance, the head is composed of a hard skull which has little flexibility but is highly protective, and which is set above the chest. Below the chest, the abdomen is soft and flexible, making a polarity to the head. In the middle, sharing the qualities of both head and abdomen, is the chest with a rib- cage that is partly flexible and partly rigid. This contains the heart—the midpoint or point of balance between the poles of abdomen and head.

From this midpoint, deep within the centre of our being, arise the inner impulses that lead to the various cycles of desire- thought-action which occur within our body. The impulse, originally buried in our hearts, invisible and secret, is first expressed as desire—ideally as a loving desire, an expression of love. In the body, this is related to the heart and the chest which protects it. Thinking is associated with the head, which contains all the principal organs of thought or perception. Action is related to the abdomen, containing as it does our generative centre, the seat of our willpower and procreative ability—i.e. ability to put thought into action.

Thus our bodies are beautifully designed to contain and express the three stages of desire, thought and action, which, with effort, can be transformed into love, understanding and service. This in turn has the power to keep the body healthy and ultimately to transmute its very nature into light.

The ancient sages devised a succinct way of understanding and remembering the architectural secret of the body: namely, the hieroglyph of Mercury. The hieroglyph of Mercury (the name originates from the Ancient Egyptian Maa Kheru, meaning ‘The True Word’) is composed of three distinct symbols representing the Sun, the Moon and the Cross of the elements.

The Sun with its life-giving light is associated with love, which is the creative and illuminating life-force. The dot in the centre of the Sun-circle, equated with our heart, denotes the source of that light—the impulse from which all else arises. The Moon, reflecting the light of the Sun, symbolises the mind or intellect which reflects on and images the light of the heart. The Cross represents the world of matter in which the idea is put into action, which, if the desire and thought are loving, will be service (i.e. love in action).

Underlying the three principle parts of the physical body are their subtle equivalents, each governed by an alta-major (‘high-major’) chakra.

The alta-major chakra ruling the head is outwardly located at the nape of the neck, but inwardly has its focus in the brainstem. It is called, variously, the ‘Eighth chakra,’ ‘Pan chakra,’ ‘Holy Spirit chakra’ or ‘Mouth of God’. It is associated with divine intelligence and universal consciousness, and with the breath and whole nervous system of the body. It acts as a control chakra and integrates the powers, qualities and intelligent consciousness of all the chakras. It is the primary gateway for divine inspiration to enter the heart, breathed in, as it were, via this gateway from the heart of our higher, angelic self. In this way the ‘AUM’, the universal vibration of life, enters the body and psyche. The physical breath is an echo of this spiritual breath.

The alta-major chakra ruling the abdomen is known as the hara (Chinese, Dantien; Japanese, Tanden or hara). Its location in the body is three finger widths below and two finger widths behind the navel. Not only is it the physical centre of gravity but it is also the seat of willpower and focus of bodily energy. Internal energy (chi or qi) is stored in the hara, where it is heated before spreading through the body. The heat is an outer expression or ‘echo’ of the inner power of the individual.

The alta-major chakra ruling the chest is located in the centre of the chest, in the region of the thymus gland that surmounts the heart. It is associated with divine wisdom and loving, intuitive creativity and rapport. Some people call it the seat of the soul. It is the true centre of our radiation of love.

Lying along the human spine are seven major chakras or energy centres. These naturally appear as soon as the trinity is expressed in a form that has an axis, as in the human form. For instance, each of the three main areas of the body (head, chest and abdomen) has a centre. The two places where the main areas connect form two more chakras; and then there is a top and bottom—the two poles of the life form. We can arrive at the same result geometrically by drawing three circles that touch each other on a straight line. The three centres on the line, plus the four places where the circles touch each other and/or cross the line, give the seven focal points.

The chakras at the centres of the head, chest and abdomen are known as the brow, heart and sacral chakras respectively. The chakra situated between the head and the chest is called the throat chakra, and the chakra between the chest and abdomen is named the solar plexus chakra. The crown and root chakras are the names of the two poles, the former at the top of the head and the latter at the base of the spine.

These seven major chakras, which are powerful focal points in the energy bodies of human beings and nature, are linked with and govern the workings of the major plexuses, glands and organs of the body. They are also associated with seven different types and levels of consciousness.

Within this three-fold/seven-fold structure of the human being there are three main energy flows or types of energy. Two of them are the result of the polarity of the form, for the two poles of the body are always in a constant energetic relationship with each other. One is what is called the spiritual energy, which descends the spine from the crown chakra like a ray of light or continuous lightning flash. The other is referred to as the earth energy which ascends the spine from the root chakra in a spiralling motion, like water rising in a fountain or a serpent unfolding itself from its coiled sleeping position (hence an alternative name for this earth energy—‘dragon’ energy).

The third energy flow is the direct result of the life-process, and is the life process, as it moves through the body. This movement is from the heart to the head to the abdomen and back to the heart. This is known as the mercurial energy, symbolised by a figure-of-eight (8). It is associated, physically, with the flow of blood around the body, and, spiritually, with the soul.

When we are living our lives in a state of initiation—i.e. constantly loving, understanding and serving—the various energies flow through the body in their fullest ways, opening and activating all the chakras, and increasing and raising consciousness to an illumined level. Such a state of being not only transforms the psyche but transmutes it into what is called the celestial or spiritual soul.

In such a state the earth energy becomes a fountain of energy that rises right up the spine to burst through the crown of the head, where it eventually arches over, fountain-like, to fall in glittering light back to the ground. Its shape is the origin of the wings that we accord to angels. The glittering effect, created by the effect of the chakras shining their light through the ‘fountain’, looks like millions of twinkling stars, hence the name given to this highly spiritualised form of the soul—‘the celestial body’. It is also known as the ‘rainbow body’ or diamond body’, because rainbows of colour are also created in this celestial aura.

In an extremely high state of illumination the effect of the rainbow light creates what is known as the aureole (flame shape) around the body—a spiritual aura which is often depicted in Christian art by pictures of the Christ in glory, or of the Mother Mary blessing the world, and in Buddhist art by the almond-shaped aura around the Buddha.

By then the whole person is manifesting love to the highest degree, such that he or she has become ‘all heart’. This means that the heart chakra has expanded to such an extent that it becomes or manifests the cosmic chakra of the whole person, in which everything else is contained. Such an individual literally appears in a flame of love-light, winged like an angel, and in the midst of a great sun of light. 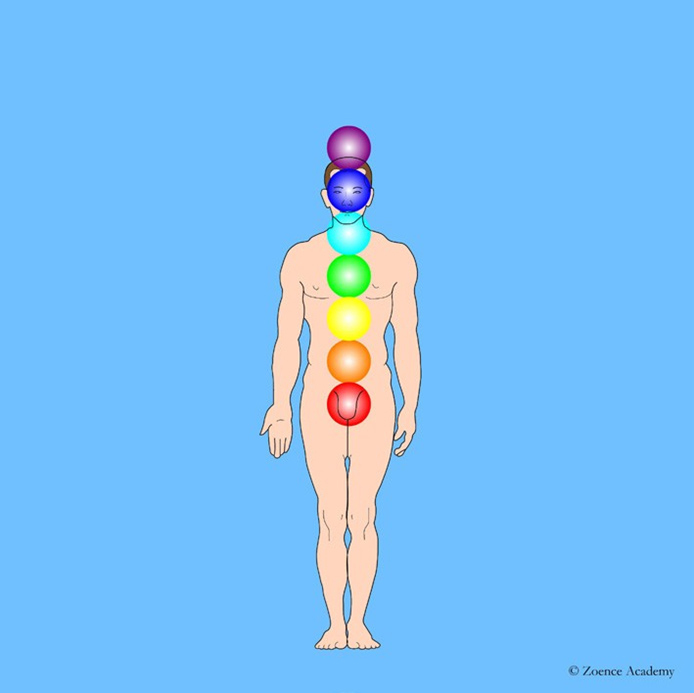 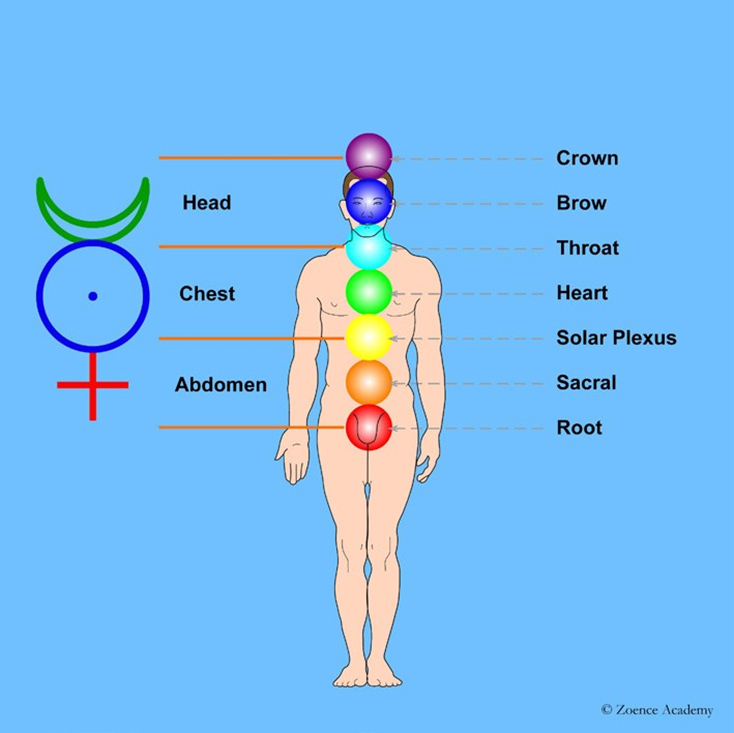 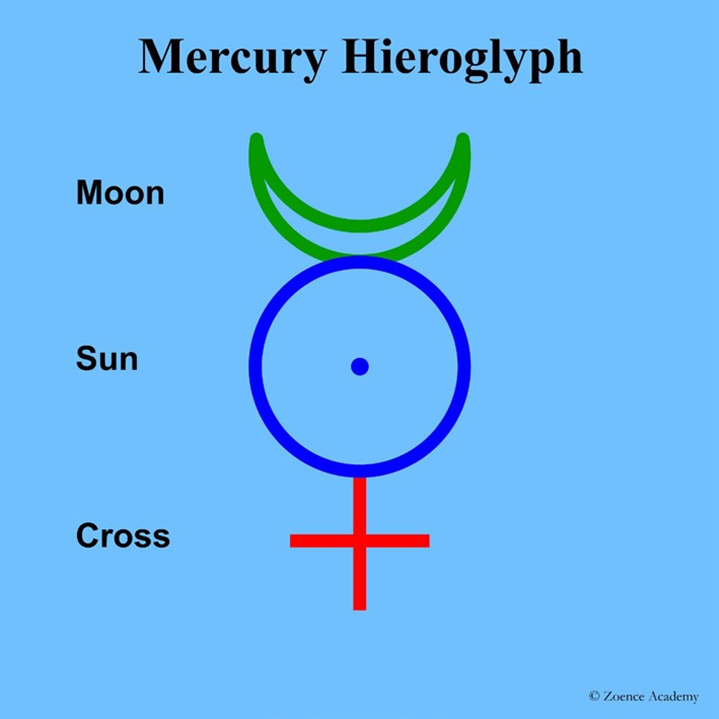 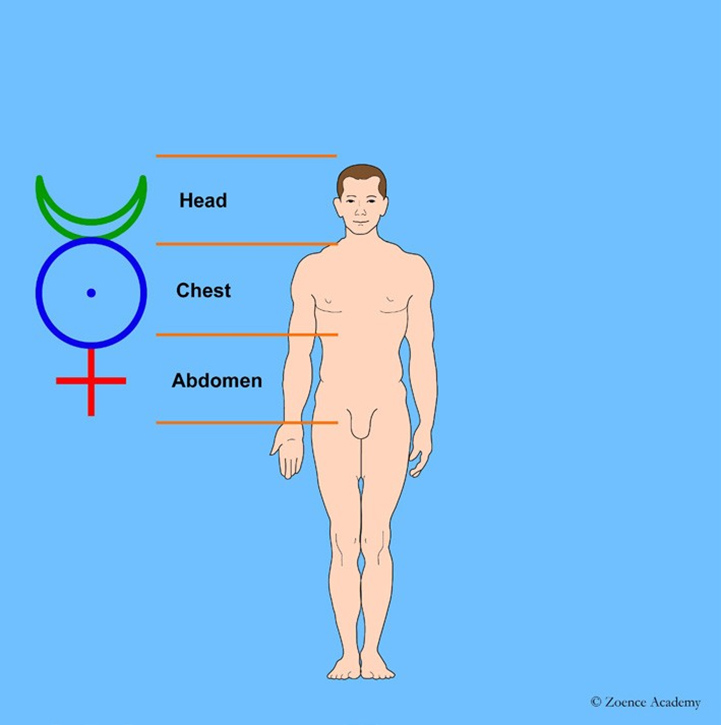 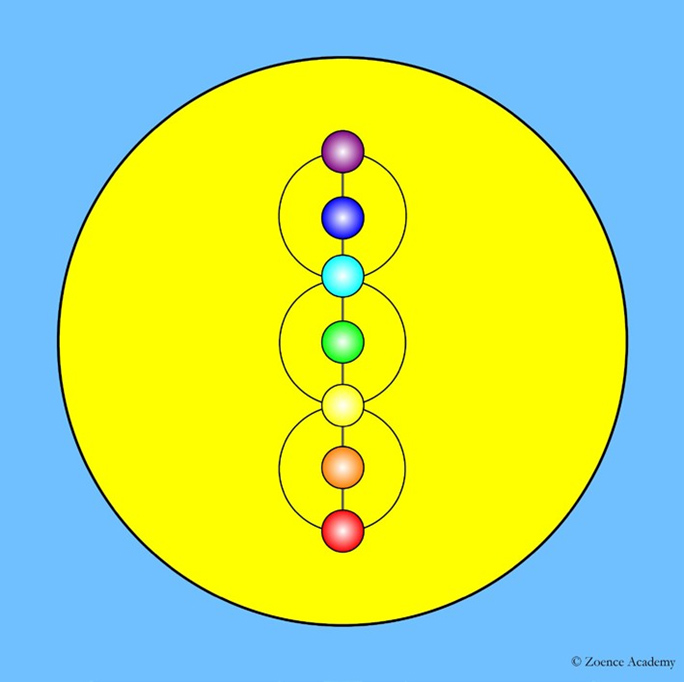 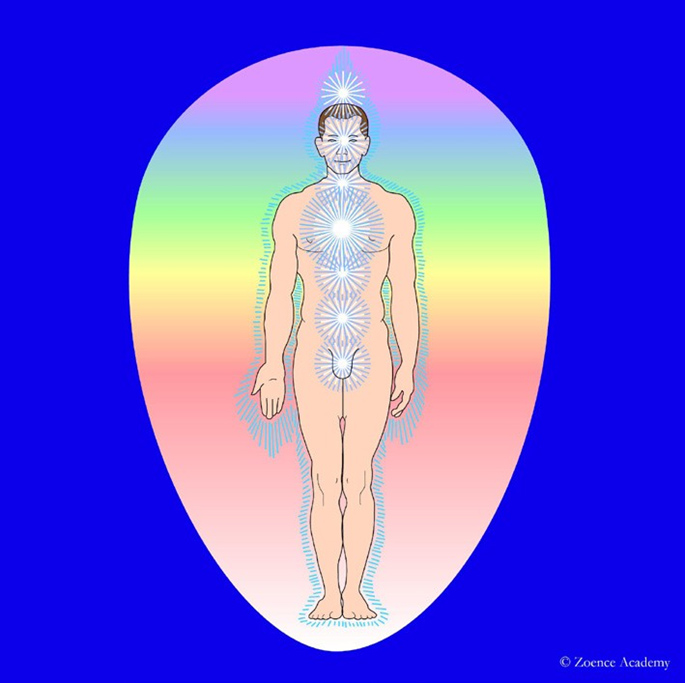 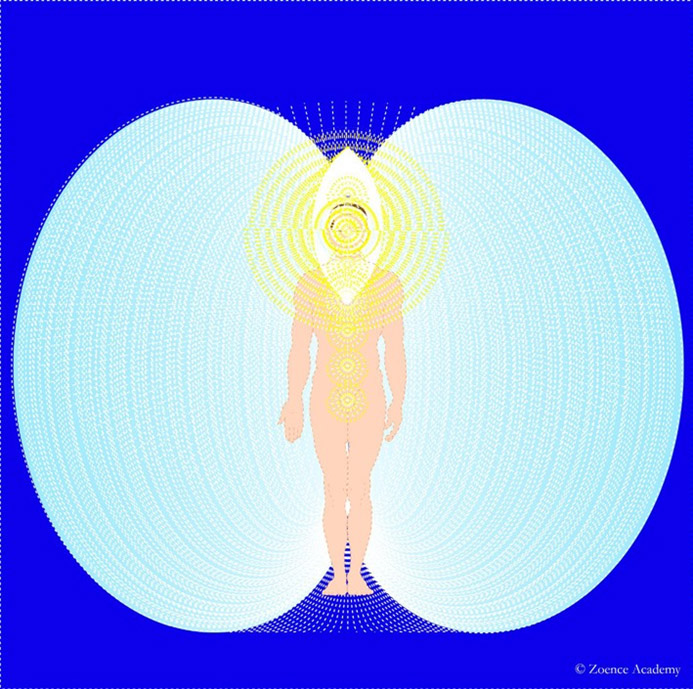 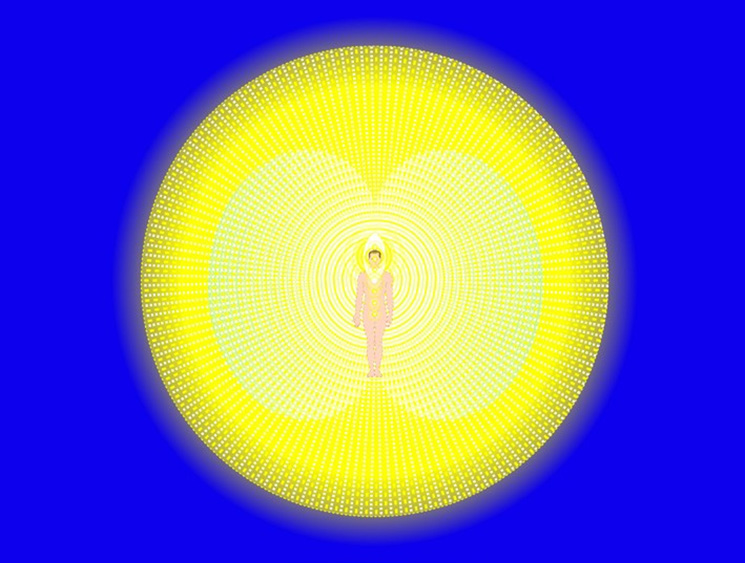