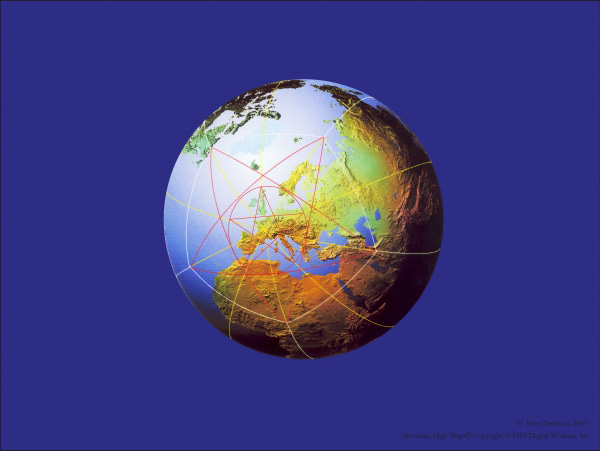 Geocosmology is the science of geomancy and cosmology and their interrelationship or interface.

Geomancy means 'earth divination' and is, fundamentally, a science of earth energy, form and consciousness, including that of the human body and psyche as well as of the planet with its landscape and man-made environment.

Cosmology, the complement to geomancy, is a science of wisdom and metaphysical truths, including that of the stars, the heavens and the archetypes or angels of the universe. It is a science of spiritual energy, form and consciousness.

Geomancy and cosmology are, respectively, the 'Hermetic' sciences of earth and heaven. They complement each other and go together like twins or lovers. The higher lies behind and is revealed in the lower, and the lower gives the clues to and knowledge of the higher. They each affect each other and, ultimately, can be 'married' together.

The 'face' or interface of the two is an etheric world of great wonder and delight. This 'face' is symbolised by the planet's landscape, the interface between the atmosphere and space beyond (i.e. heaven/above) and the more watery and solid earth (i.e. earth/below).

Because of the symbolic association, in the landscape, on the 'stage' of the world, the love-magic can be performed. 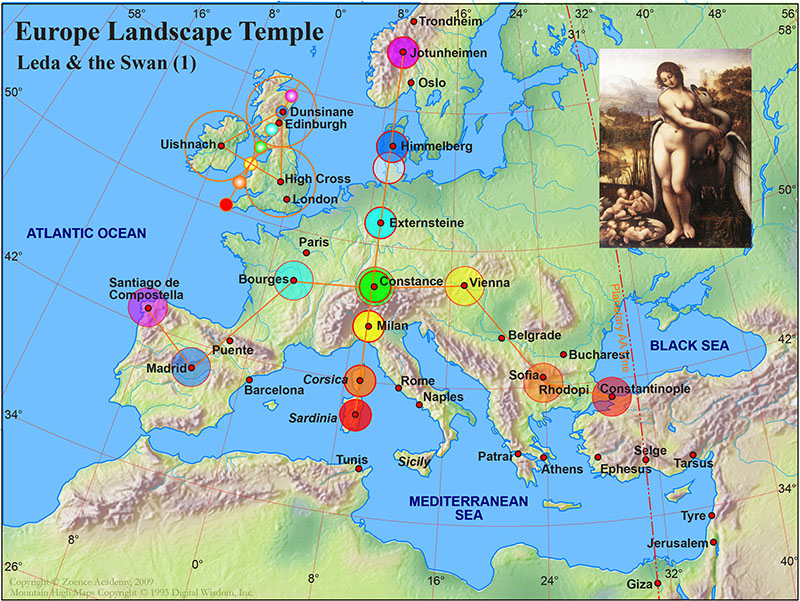 Knowledge of landscape temples, and how best to live and work in them, is very ancient; but has been largely a lost science for the last three centuries or more. Since the 1960's Peter Dawkins has been pioneering the rediscovery of landscape temples and making knowledge of their existence, and how to enhance and work with them in healing and uplifting ways, increasingly more public. Many people across the world are now involved in such work.

Zodiac is the Greek word for a circle or wheel of life. Chakra is the Hindu-Vedic word. A zodiac is a chakra. It is, perhaps, the most fundamental energy form existing in nature and the whole universe. This fundamental design can be found in all forms of life, the landscape included – hence landscape zodiacs. Moreover, they can occur naturally or be manmade. To help understand the operation of such zodiacs, human beings have constructed a symbolic pattern of myth to associate with the various parts and geometries of a zodiac, which is projected onto the sky and also onto landscape zodiacs either natural or manmade. 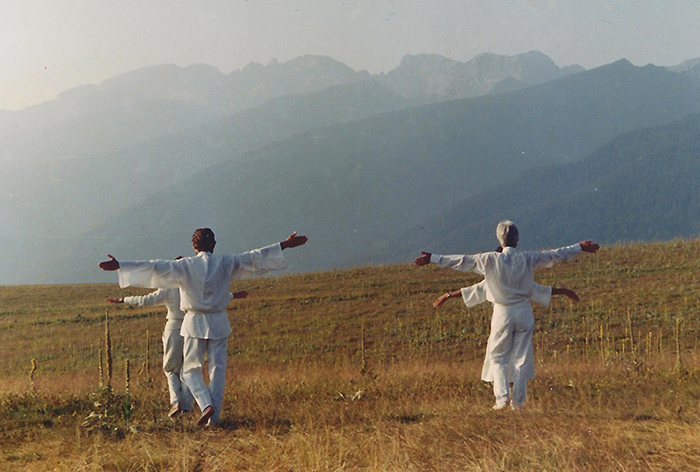 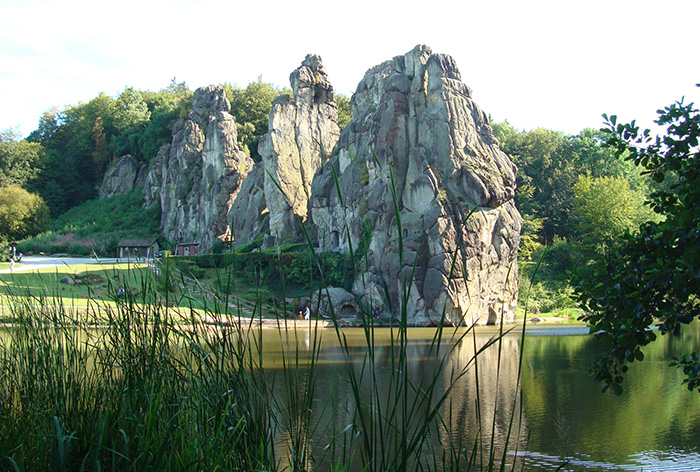 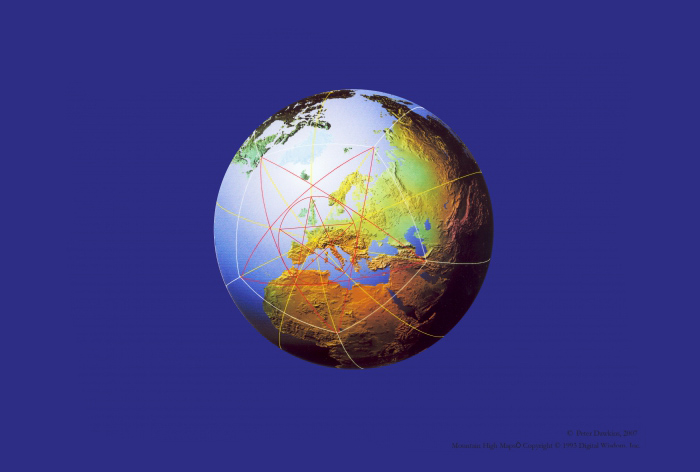 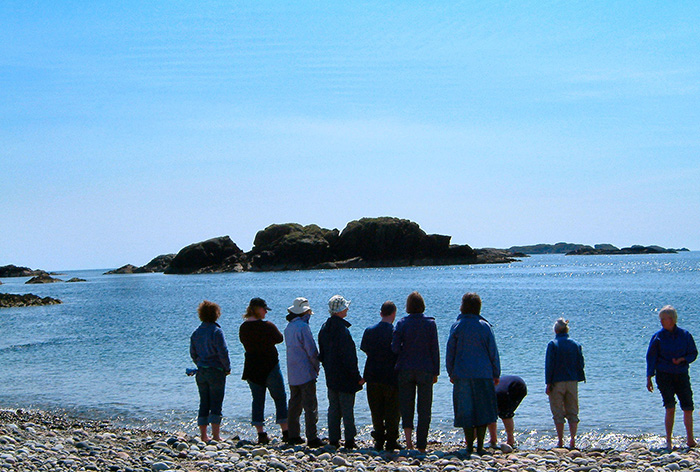