The Pleiades (‘flock of doves’), also known as the Seven Sisters, are described in ancient mythology as the daughters of Atlas, the Phoenix King, and his wife Pleione, the Phoenix Queen. They are represented in the sky by the star cluster known as the Pleiades that ‘sit’ on the shoulders of Taurus, the Bull. Their names are Maia (the eldest), Electra, Taygete, Alcyone, Celaeno, Sterope and Merope (the youngest).

‘Phoenix’ is derived from the word phoenice which means ‘beautiful’ and linked to the bird symbolism of the dove. It is also associated with the colour purple, specifically Tyrian purple, the colour of royalty. The real significance of the phoenix is that it is the beautiful dove, symbolic of a man or woman of peace, inspired by, filled with and set on fire by the Holy Spirit (the divine ‘Dove’, the Spirit of Love). Such a person continually, or cyclically, sacrifices him or herself for love, consumed in the flame of love in action, the flame of service. This is the original meaning and significance of royalty—the divine sacrifice—the true sovereign who is the greatest servant of all.

The eldest sister of the Pleiades is Maia, which means ‘Mother’. She is the mother of the child known to the Romans as Mercury, to the Egyptians as Horus (i.e. Kheru, ‘The Word’), and to the Greeks as Christos or Hermes Trismegistus. (Christos is derived from the Egyptian Kheru; Hermes is the Greek name for Thoth, another Egyptian word and god signifying ‘The Word’ or ‘Truth’). From Maia is derived the names Maria and Mary, the Virgin Mother who gives birth to Christ. The Egyptian Maia is Isis. Sometimes Maia denotes all of the sisters, with the seven stars signifying her seven main aspects and chakras.

When the flood came to destroy Atlantis, Atlas saved his Pleiadean daughters by raising them up above the flood on his shoulders (i.e. in the heavens, which he supports above him). The Atlantean flood, which was accompanied by earthquakes and volcanic activity, is symbolic of the ending of a great cycle of time and evolution, when the world is cleansed by ‘water’ and purified by ‘fire’—the two great ‘baptisms’. Out of this holocaust the next cycle is born. The story of the phoenix immolating itself upon a pyre of incense, from which it is reborn, resurrected or renewed, refers to the same thing.

This Atlantean myth refers in particular to the ending of a Great Age of 12 Ages, which is marked by when the midsummer sun, moving along the ecliptic, reaches the cusp of Gemini/Taurus (to which the finger of Orion points) and starts to move into the zodiacal sign of Taurus. The constellation of Orion signifies Atlas, who holds up the heavens (the zodiac) above him and takes on the zodiacal form of Taurus, the bull, in order to carry his daughters (the Pleiades) on his shoulders – the zodiacal sign of Taurus representing or ‘ruling’ the throat and shoulders. Other Greek myths portray the Pleiades as being transformed into doves and raised up into the sky by Zeus when Orion began to pursue them, which indeed Orion appears to do in the night sky as the zodiac steadily rotates around the celestial North Pole. However, Orion (Atlas) is Zeus, or a form of Zeus (see below).

The Atlantean myth was transformed by the Greeks into the myth of Europa and the Bull, wherein Europa (meaning ‘cow’) and Zeus (as the bull) are substituted for Maia and Atlas. In his Taurean form, Zeus impregnated Europa, who, like Maia, gave birth to the thrice-great Hermes. The Romans phonetically translated the Greek word Zeus into the Latin word Deus, meaning ‘God’, and added the word Pater, meaning ‘Father’, hence their supreme Olympian God was known as Deus-Pater (i.e. Jupiter), meaning ‘Father-God’, whom they also referred to as Jove. In the Egyptian version of the allegory, Isis and Osiris are substituted for Maia and Atlas, with Osiris incarnating as a bull (Taurus) and Isis as either a cow or a kite (Pleiades).

In the most well-known Cretan version of this myth, which further localises and to some extent materialises the allegory, Europa is described as the daughter of Agenor, the Phoenician King of Tyre, who was abducted by and married Asterius, king of Crete. In those days, and in later classical times, a king was considered to be an incarnation of Zeus, the king of the gods, and could be referred to as Zeus – hence the tradition of the divine right of kings. Europa gave birth to three children, said to have been fathered by Zeus (i.e. Asterius), whose names were Minos, Rhadamanthus and Sarpedon. They became the three judges of the Underworld when they died. Mythologically, Minos (meaning ‘king’) was famous for constructing the Cretan labyrinth, a synonym for a mystery school and the process of initiation in which one is brought face to face with the dark side or Minotaur of one’s own self in order to understand and overcome its selfish, hungry, all-devouring tendencies. Theseus was the famous initiate of that labyrinth, assisted by the clue given to him by Minos’ daughter, Ariadne.

The myth of Zeus and Persephone used in the Greek mystery schools is another telling of the Atlantean myth.  Persephone was impregnated by Zeus and, seven months pregnant, demanded to see the father of the child.  Zeus at first refused to appear before her, because he knew that if he did she would be consumed in the fire of his glory. However, Persephone demanded three times, which meant that, according to divine law, Zeus had to grant her wish. When he appeared before her, she was consumed in his fire; but Zeus rescued the baby from her ashes and put it in his thigh so as to bring it to full term. Then the child was born from Zeus’ thigh as Zagreus. Zeus gave the rule of the world to the child, sat him on a throne and had the Corybantes guard him; but, at the instigation of jealous Hera, wife of Zeus, the Titans distracted the child's attention with toys, seized him, tore him to pieces and devoured all but his heart, which Athena saved and took to Zeus. Zeus implanted the heart in Semele to give Zagreus a new form (or, alternatively, with Athena’s help, created a new form around the heart). Zagreus was reborn as Dionysus, ‘Son or Tree of Zeus’ (i.e. ‘Son of God’), the twice-born ‘bull-horned god’, also known as Bacchus, the god of love.

The same mythology and symbolism is carried through into the Christian story, wherein Joseph of Nazareth, the father of Jesus, is symbolised by a bull or ox, whilst Mary, the mother, is referred to as a dove. In Judaic tradition the bull or ox is the symbol of Aleph, the first letter of the Hebrew alphabet, which signifies God the Creator. This is the same as Zeus in the Greek pantheon. ‘Zeus’ rendered into Latin becomes ‘Deus’, which is translated as ‘God’. Christianity therefore teaches that God was the father of Jesus, but leaves out the fact that God took on a Taurean form, which in human terms was Joseph. As for Jesus, he is given the title of Messiah (‘King’) or Christ (‘Word’), the equivalent of Mercury or Hermes.

The whole story is acted out in the human body, wherein the throat chakra (Taurus) and the alta-major chakra (Pleiades) are the parents of the Word of Truth (Mercury) that creates all good things, first as thoughts and then as actions. 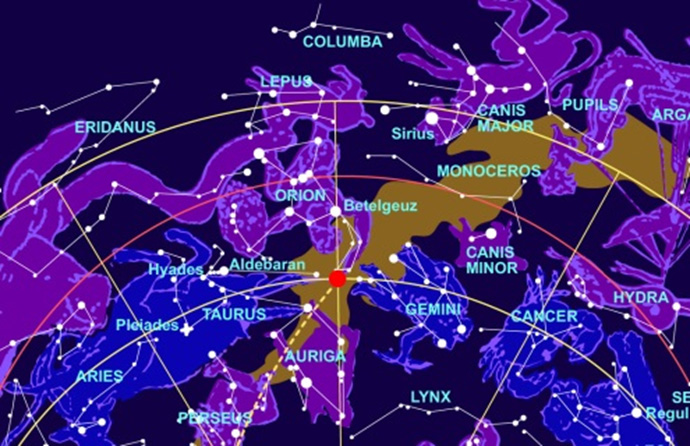 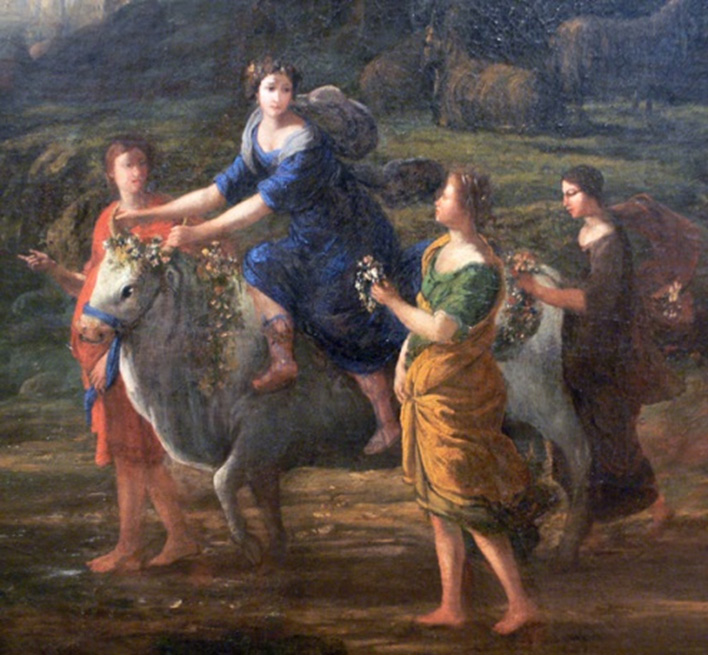 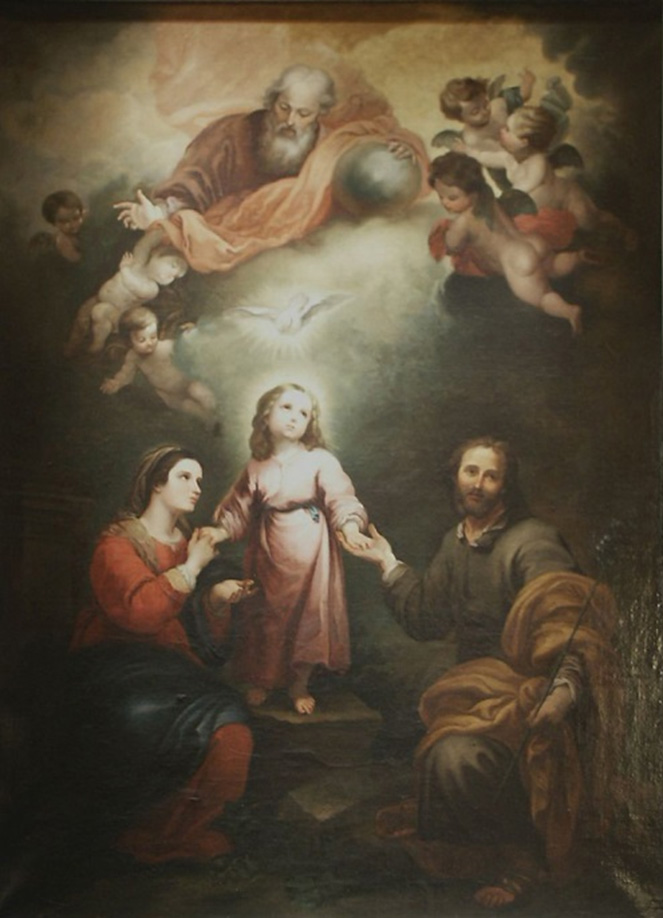