The Pillars of Hercules

The Pillars of Hercules symbolise the essential polarity of life and of the universe, by means of which all things are able to manifest. Everything that exists has polarity. Polarity is also a trinity, because as soon as there is polarity there is the relationship between the two poles: hence the idea of the Holy Trinity that is yet One Being.

The passageway between the pillars, known also as a gateway, signifies the relationship between the two—the third aspect of the Trinity. If a person stands in that position, or moves through the gateway, he/she is deemed to represent the third aspect or ‘pillar’. In Solomon’s Temple the altar of incense in the heart of the temple also signifies the third or Middle Pillar, Mahabone.

The twin pillars signify right-left polarity. They can also signify front-behind polarity. They represent vertical polarity as well, each having a base and a capitol (the poles), with a column linking the two. Moreover, being free-standing, they stand on the ground and soar into the air, joining or mediating between heaven and earth.

In the classical myth, Atlas (whose name means ‘pillar’) had to stand as the trinity of pillars, holding apart heaven and earth. At one stage his brother Hercules helped him by taking the burden upon himself and allowing Atlas a respite.

The symbolism is profound and archetypal. These pillars symbolise the ‘pillars’ of the Tree of Life (one of the Great Archetypes), in which the whole design of life is contained. They take their individual names and associated symbolism from the meanings contained in the Tree of Life.

For instance, the right-hand, left-hand and middle pillars represent Wisdom, Intelligence and Beauty respectively. Freemasonry refers to the three as Wisdom, Strength and Beauty. Wisdom designs, Strength supports, Beauty adorns. Wisdom is the light that enlightens the mind. Intelligence is the mind that receives that light, gives it form, comprehends it and is enlightened by it. Intelligence is equated with the darkness, or dark ether (Boaz), which is turned to light by the creative activity of the Word, the Wisdom (Jachin).

This process of enlightenment, and the love relationship between the two ‘pillars’ necessary for this to take place, generates a striving together in friendship that creates a harmony, which in turn gives rise to an expression of beauty that culminates in joy.

The classical sages personified the first stage—i.e. striving together in friendship—as Ares (Mars) and Aphrodite (Venus), the former representing Strife and the left-hand pillar of Intelligence and Judgement, and the latter representing Friendship and the right-hand pillar of Wisdom and Compassion. The long-term love-affair of the couple produced the goddess Hermione (Harmony), whom the Greeks equated with Demeter. Demeter, in turn, gave birth to Persephone, the personification of Beauty. Persephone gave birth to Dionysus (Bacchus), the personification of Joy and Enlightenment.

This is the divine/human process of life, wherein joy, which is the harmonious, beautiful ecstasy of enlightenment, is the ultimate goal.

We are each students of and participants in this drama of wonder, this ‘mystery’, the key to which is the striving together in friendship, helping each other and uniting all opposites in a concert of love. 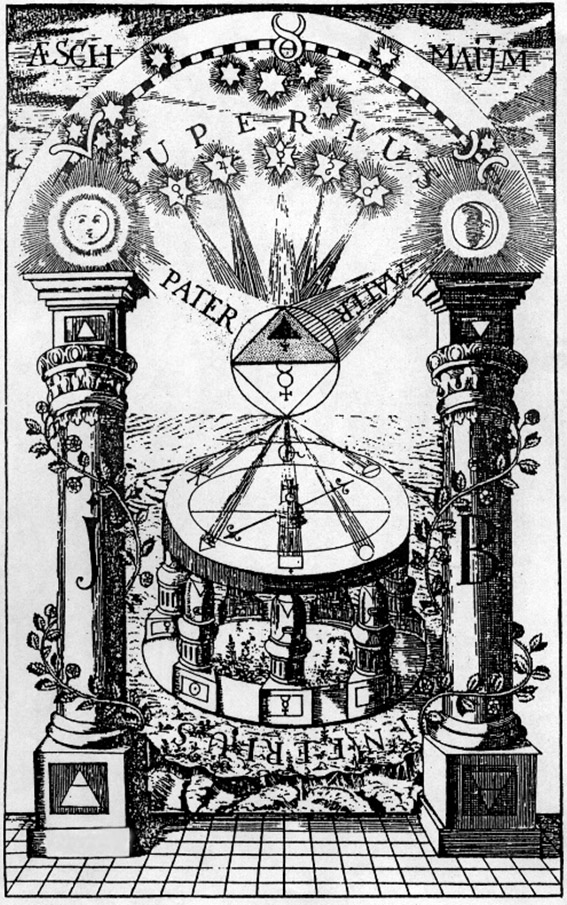 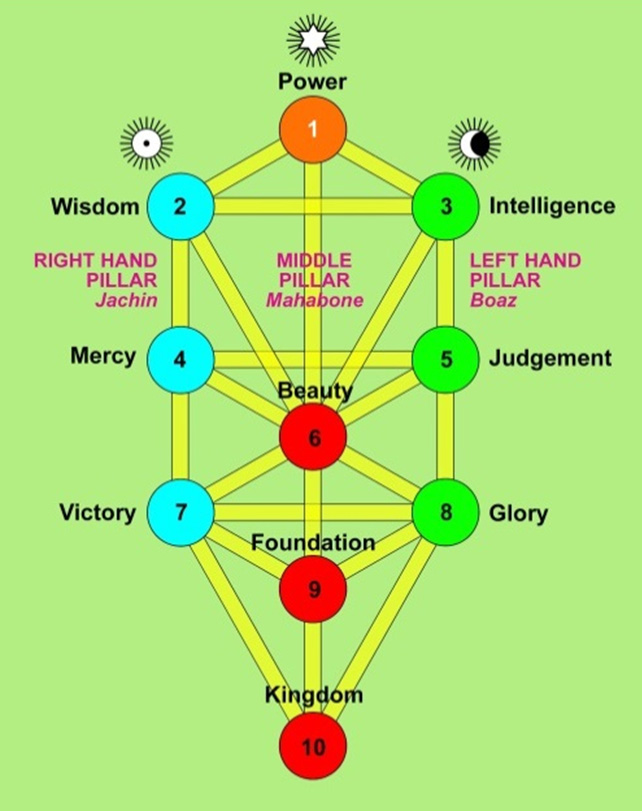