The story of Leda and the Swan is a Greek myth which is told with several variations.

Zeus fell in love with the mortal Leda, wife of Tyndareus, the king of Sparta, and seduced her in the form of a swan on the same night that she also lay with her husband. As a consequence, according to one version of the myth, Leda bore the twins Castor and Pollux (Polydeuces), who were hatched from two eggs, the former being the son of Tyndareus and mortal, and the other being the son of Zeus and therefore immortal. They are known as the Gemini (‘Twins’). Through their love for each other, they both eventually became the immortal-mortals.

According to another version of the myth, one of the eggs contained not just Castor but also his twin sister Clytemnestra, whilst the other egg bore the immortal Helen (of Troy) as well as her twin brother Pollux.

This myth is not only a counterpart to that of Europa and the Bull, but is paralleled in Hinduism by the myth concerning Brahma and Saraswati, whose symbolic vehicle of incarnation is the Swan (or Goose). This Swan is actually composed of two swans united as one—the twin brothers, Ham and Sa—hence the name of the Swan is Hamsa, or Parahamsa (‘Supreme Hamsa’).

As in Celtic tradition, the Swan (like the Dove) signifies the Holy Breath or Spirit and is associated with our breath, wherein Ham is the inbreath, Sa the outbreath. Ham means ‘I am’; Sa means ‘That’. The former refers to the individual, mortal ego; the latter to the universal, immortal Being. Hamsa therefore signifies the perfect balance, harmony and union of the two opposites—the oneness of the human and divine: that is to say, the immortal-mortal.

The Hamsa Swan is the means by which Brahma and Saraswati create. Brahma, who is known as the Creator, creates by sound or word (i.e. the Word of wisdom). Saraswati is the goddess of knowledge and the creative arts (e.g. music, painting, sculpture, dance, writing, eloquence), and possesses the powers of speech, wisdom and learning, all of which give expression or form to Brahma’s ‘Word’. Her four hands with which she is depicted represent mind, intellect, alertness and ego.

In the sky the Swan is represented by the constellation Cygnus, also known as the Northern Cross. Cygnus lies in the Milky Way and is one of the inner or polar constellations, lying close to the Occult Pole. Because of the precession caused by the wobble of the Earth’s axis, Cygnus’ bright tail star, Deneb, acts as our North Pole Star every 26,000 years. It is one of the brightest stars to be seen in the sky and one of the most luminous stars known. It was our North Pole Star about 19,000 years ago and will be again in about 7,000 years’ time.

Like the myth of Europa and the Bull, the myth of Leda and the Swan pertains to the mystery and geocosmological role of Europe in the world. The Swan can be found in the landscape of Europe as the Heart Cross of Europe, whilst Leda is Europa, the triple goddess, represented by the lands of Scotland-Ireland-Britain. 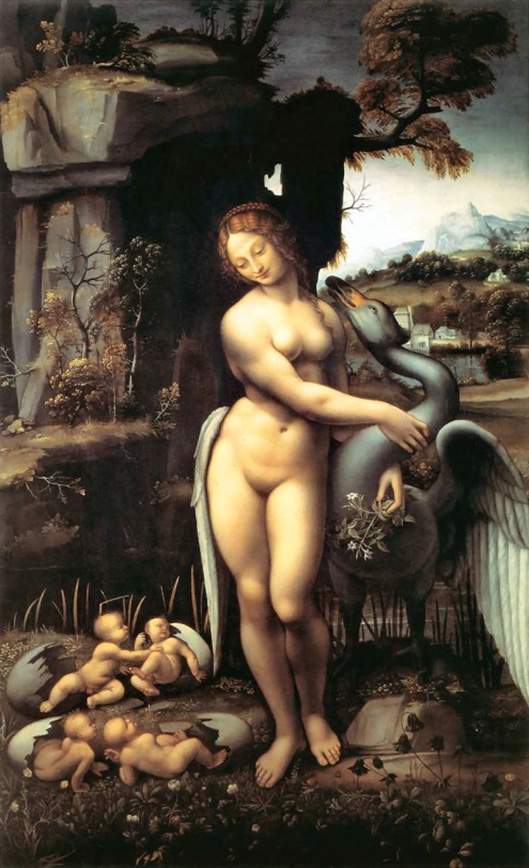 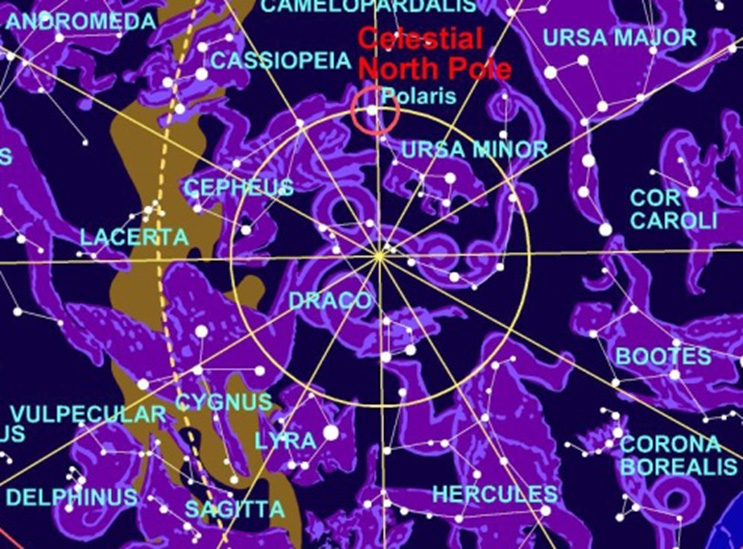