A lunation is a cycle of approximately 29 days 12 hours 44 minutes. It is also known as a synodic month. It starts and ends with the New Moon, when the Sun and Moon are in direct line or conjunction as seen from the Earth. In such a position the Moon cannot be seen as it lies with the Sun (and beneath the horizon at night) and with its dark face towards us. It is, therefore, ‘dark’. At Full Moon the Moon is on the opposite side of the Earth to the Sun and thus reflecting back to the Earth the fullest amount of sunlight that it can during its lunation cycle. The whole of the Moon's disc is then visible at night in a clear sky, as a shining circle of light. This visible disc is that half of the Moon which faces the Sun.

There are twelve lunations or synodic months in a year, comprising approximately 354 days in total. This means that there is a discrepancy of approximately 11 days between a lunar year of 354 days and a solar year of 365 days. It takes just over 19 solar years, or 235 lunations, for the Moon to return to the same apparent position with regard to the Sun as viewed from a particular place on Earth—a period of time known as the Metonic Cycle. The Metonic Cycle was used in various cultures for educational and initiatic purposes (e.g. in the Celtic or Druidic culture wherein it formed the basic training period of a bard).

In one solar year there are twelve Full Moons, but because a lunation is not identical to a zodiacal month (30-31 days) or to any calendar month (i.e. January, February, etc., which vary in length between 28 and 31 days), therefore the Full Moons do not re-occur at the same time of each calendar month. There will also be, occasionally, two Full Moons in one calendar month. The second of these Full Moons is called a ‘Blue Moon’, hence the expression: “Once in a Blue Moon”.

Besides the lunation cycle or synodic month there is also another lunar cycle known as the sidereal month. The sidereal month is the Moon's period of revolution relative to the stars, during which it appears to move through the twelve signs of the zodiac. This takes on average approximately 27 days 7 hours 43 minutes, but can vary by as much as 13 hours. There are, therefore, 13 sidereal months (totalling approx. 355 days) in any calendar year.

The lunar cycle affects us profoundly. It is, for instance, responsible for the tides of the Earth's oceans and the physical and psychological equivalent within each human being. The Full Moon is an especially potent time psychologically, and is an excellent time for meditation, inner reflection and intimate group work of a sensitive and psychic nature. One reason given for this is that at this time the Moon is completely out of the way of the Sun, thereby enabling us to receive energy directly from the Sun and the spiritual ‘Sun behind the Sun’ without undue interference from the Moon.

Of the Full Moons, three have taken on a special importance in our modern times. These are the Full Moons when the Sun is in the zodiacal signs of Aries, Taurus and Gemini. However, because of the phenomenon known as the Precession of the Equinoxes (see Zodiac of Ages) these signs do not occur at the same times of the year as they did two thousand years ago; but nevertheless most people still celebrate the festivals as if they did.

In another instance, the Wesak Festival celebrating Buddha is traditionally held on the Full Moon of Taurus (i.e. when the Sun is in the sign of Taurus). As with the Aries Full Moon, the Taurus Full Moon now takes place one full month later than it did two thousand-odd years ago. Some Buddhists have recognised this and have started celebrating the festival accordingly, whilst others prefer to carry on celebrating it as before, as if the Precession had not taken place. But the 21 April – 22 May Full Moon is in fact now the Aries Full Moon, whilst the Taurus Full Moon now occurs during the period 22 May – 21 June.

What matters is to know whether one is choosing to celebrate the Full Moons in their association with the solar cycle and its festivals, or in their association with the signs of the zodiac. The positions of the zodiac signs in relationship to the months of the year are not the same now as they were two thousand years ago, and this makes a difference —especially if one believes that each sign exerts its own particular influence on us and the world. 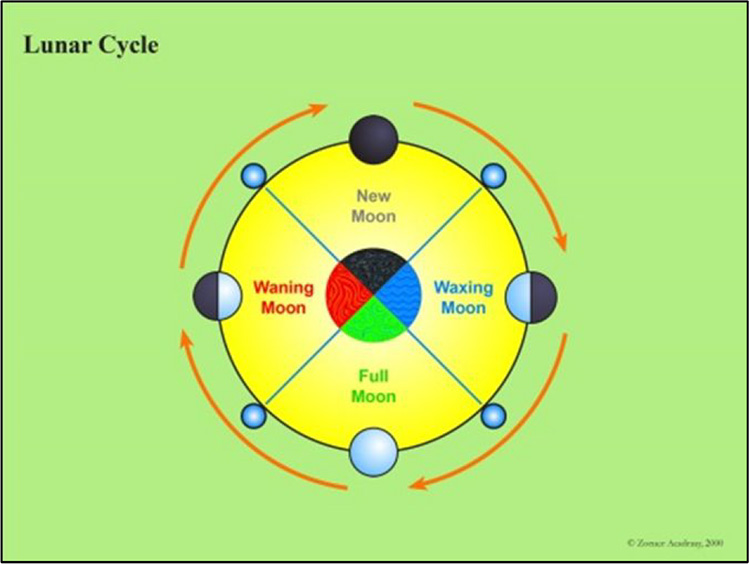