North America stands as a magnificent but challenging example of a continental landscape temple. It is strongly divided into western and eastern halves that are dramatic polarities to each other.

The main feature of the western side of North America is the mighty range of the Rocky Mountains, stretching all the way from Alaska to New Mexico and continuing further southwards as the high Sierras of Mexico. Associated with the Rockies, in the United States part of the continent, is the Sierra Nevada and Great Basin. Not only is this landscape higher than its eastern counterpart but, particularly in its southern half, much of it is desert, baked by the fire of the Sun. By contrast, the main feature of the eastern side of North America is the vast Mississippi river system, topped in the north by the Great Lakes and with the Appalachian mountain range and fertile coast to the east.

The polarity is well illustrated by the contrast of the Great Lakes in the north-east with the elevated Great Basin and Southern Rockies in the south-west.  There used to be a time when the Iroquois worked together with the ‘Ancient Ones’ (now the Navaho and Hopi), shamanistically or super-consciously, to balance and harmonise these two areas across North America—the Iroquois working with the ‘water’ and the Ancient Ones working with the ‘fire’.

This is still a vitally important work to accomplish and maintain, which can be done in many different ways, as such a powerful polarity in a landscape tends to produce a similar polarity in the psyche of the nation or nations who inhabit the landscape. This can manifest in serious divisions, political and otherwise, that can result in warring sides. However, when the effort is made to harmonise the opposites in friendship, then a wonderful and joyful result can be accomplished. The classical myth of Mars and Venus illustrates this, whereby the two become lovers and the birth of Harmony and Cupid is the result. The ancient philosophers referred to this as the resolution of the opposites, Strife and Friendship, by striving together in friendship. This is what produces harmony and manifests a loving and joyful society.

Mars and Venus are also the symbols associated with the two opposing cabbalistic Tree of Life Principles (Sephiroth), Judgment/Justice (Geburah) and Victory (Netzach), which is Friendship and Freedom. This is highly relevant for two reasons. First, because it is possible to see the Tree of Life archetype enshrined in and manifesting itself in the North American continent, just as it is also possible to see a chakra system manifesting from south to north along the ‘Middle Pillar’ axis of North America. Secondly, because the United States of America, in which these two areas lie, is dedicated to the ideal of Freedom or Liberty, which can only be truly accomplished with the help of Justice, and vice versa. This ideal is shown symbolically in the Statue of Liberty in New York Harbour and the Statue of Freedom that crowns the U.S. Capitol in Washington D.C.

In addition the landscape of North America produces a cup-like effect in its overall form. This is entirely fitting in terms of the continent being the brow or head chakra of the planet (see ‘The World Temple’), for traditionally the head is regarded as the grail which, when filled with the love and wisdom of the heart, becomes the Holy Grail. It then shines with light, creating the corona or halo—the spiritual crown of enlightenment. Moreover, whereas the curvaceous form of the continent’s physical features defines the more feminine aspect of this grail, the triangular form of two associated planetary ley lines define the more masculine aspect—a grail that could become the Holy Grail of the planet.

The brow chakra is the head centre of rational thought, imagination, vision, perception and command. As long as love with its inherent wisdom is warming and informing it strongly, this chakra can bring great blessing and illumination. However, without the balanced, harmonious heart love, the brow chakra can be cold and tyrannical. How North America develops as a society and civilisation, therefore, is of enormous importance to the whole world, and needs all the loving help we can give. 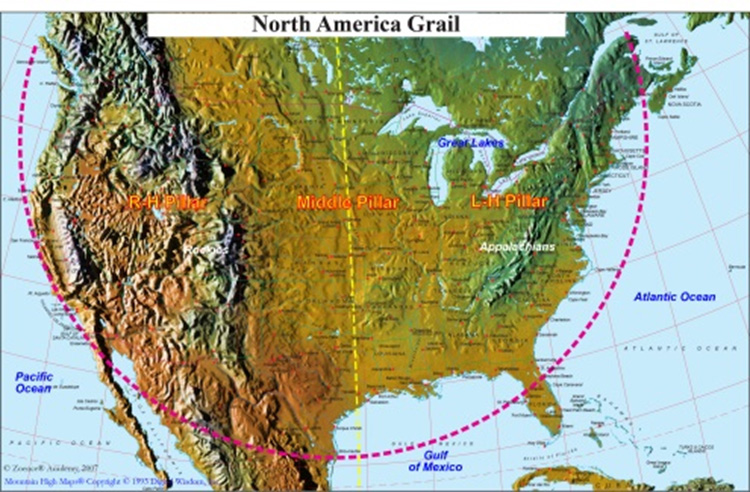 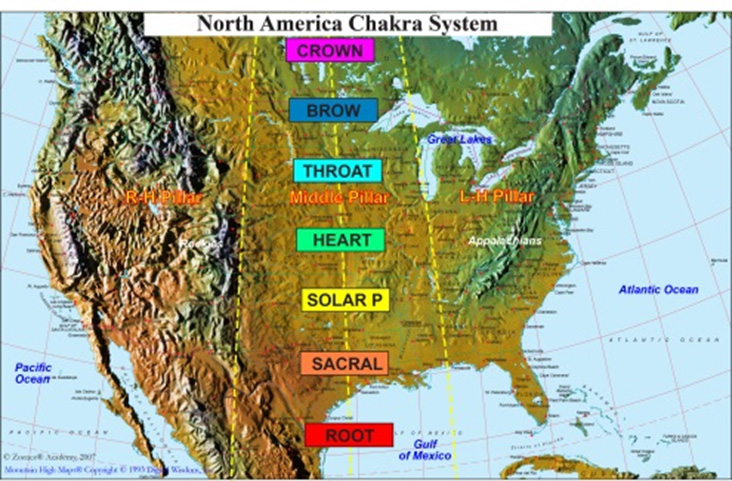 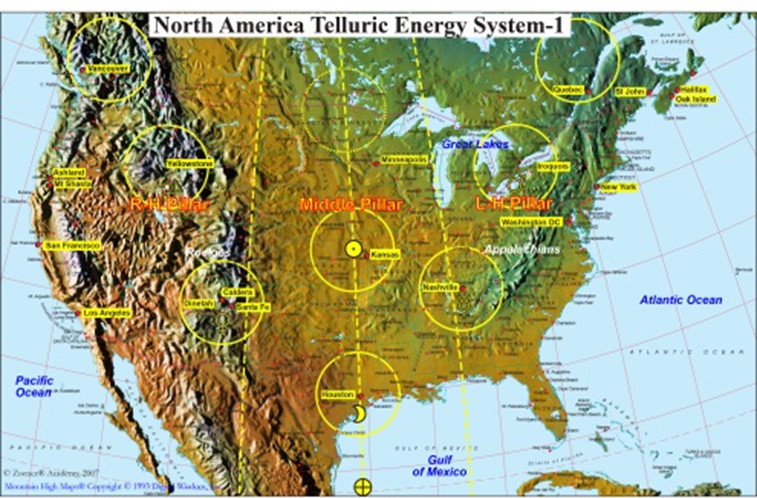 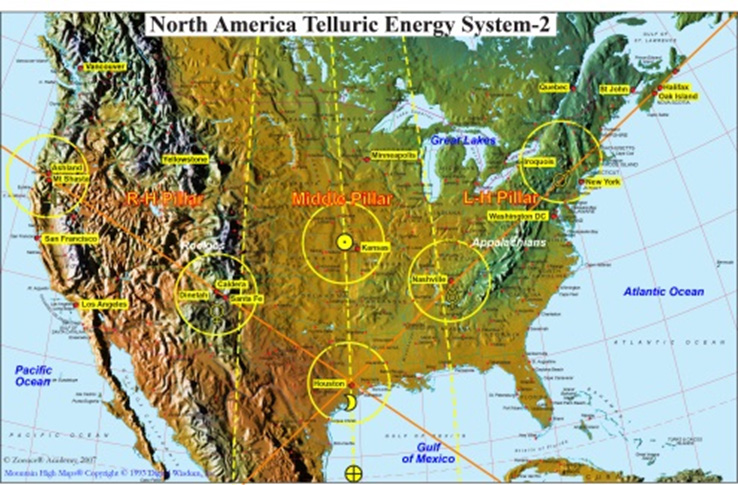